Beijing Opera #1 – I Am A Painted Face But Not A Clown.


I've had just enough time to...   be touched by the tragedy of Xiang Yu 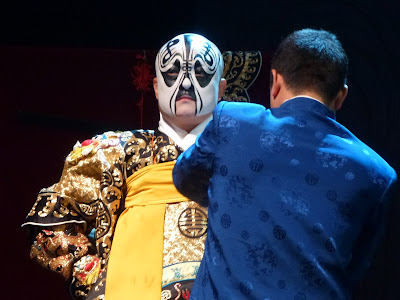 Will you laugh
Or cry
Along with me? 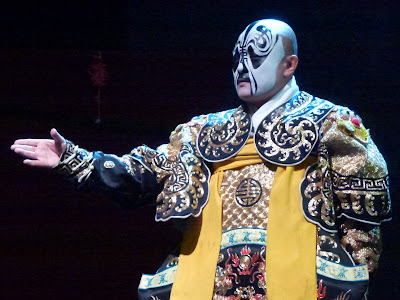 Xiang Yu项羽, the “Overlord of Western Chu” is a proud and complex man. He would save his horse when all is lost but not himself because he is too proud to face his people in defeat when not one of his 8,000 loyal soldiers who followed him to overthrow the Qin Dynasty survived. A brilliant strategist who won battles after battles but rushed into a trap he knew was set up for him to save his concubine. A caring leader who ordered his 28 remaining soldiers to take the last boat to safety while he stood to meet his end but a tyrant who buried alive 200,000 enemy soldiers who surrendered. He was honorable enough not to kill his nemesis Liu Bang by deceit when he had the chance yet there was no honor when he killed his own commander Song Yi for not listening to his advice. This was the King that bade farewell to his concubine.