The Leaning Tower of Teluk Intan.


I've had just enough time to...   take the 110 steps up the leaning tower of Teluk Intan 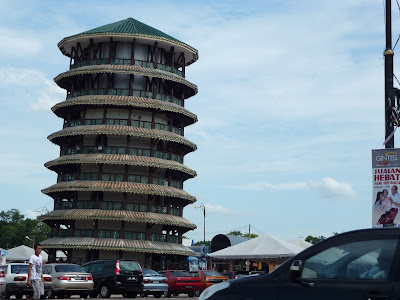 The Leaning Tower of Teluk Intan against the straight lamp post :)

There is a leaning tower and it is not in Pisa. In the center of the town of Teluk Intan a Pagoda structure rise 25.5m from ground level and tilted slightly to one side. My skeptical friend whom I took to the tower downloaded an app into his smart phone and measured a tilt of 2.8 to 3.0 degrees so it is not an optical illusion. The reason for the tilt is the soft ground on which it is built and the water tank at the top though it is no longer in use. 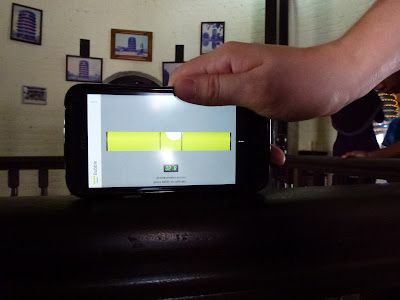 From the outside, the wooden structure appears to have 8 storeys high but from the inside, you will discover it only has 3 floors with the water tank on top of the third floors. It held enough water for 800 people which used to the entire population of the town when it was built. Today, it has an estimated population 120,00 and is the third largest town in the state of Perak. The tower has a board base of 13m which gradually tapered to a top width of 8.1m. There are 110 steps to the top if you are counting. 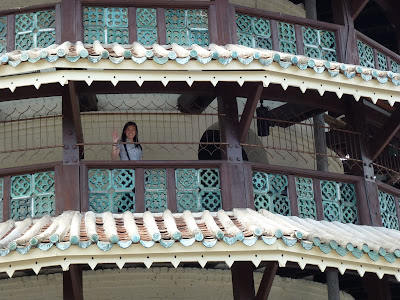 A wave from the tower

The popular story of its origin was that a rich merchant consulted a “Feng Shui” (the Chinese system of geomancy) master who advised him to build a large storehouse at a strategic location which has a commanding view of the downriver traffic to increase his influence. The British District Officer upon learning of this got another “Feng Shui” master who advised him to construct the clock tower to counteract the move. Thus, the tower was born from the titanic clashes of the “Feng Shui” masters. But this comes to naught when the Japanese invaded and used the tower as an observation post during the war.

So if you happened to be in Perak, drop into the town of Teluk Intan (Diamond Bay) formerly known as Teluk Anson to the British and pay a visit to the leaning tower of Malaysia.