How To Surprise A Zombie - Part I

I've had just enough time to...   be surprised not once but thrice 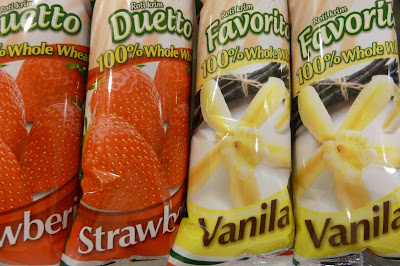 Taken of the new products that are launched on a very special day :)

June 11 2013, I have just returned from US the day before after 30 hours of plane rides and waiting in airports. I then had the longest sleep I had in years lying flat in bed for almost 12 hours. But I was not fully charged. Two weeks of traveling through multiple time zones have taken a toll on this old body. I knew I had to leave the office early and planned to leave sharp at 5.45 pm. At least that was the plan.

At 4.00 pm, a call came in that involved the future of a colleague and a long discussion ensued. I divided my time between two factories. At 4.22 pm, I received a call from the bakery requesting my presence. They said it was not urgent so I planned to go over before 5.00 pm. At 4.45 pm on the way down, I dropped over and have a ‘few words’ with a colleague that lasted an hour and a half.

In the bakery, the factory manager surprisingly ushered me upstairs instead of having the discussion in his room. By that time, I was feeling groggy, running on auto and reserves, and wishing there was a bed somewhere I could lay down to drift into blissful oblivion. In the meeting room, I was surprised to see all the Heads of Departments waiting for me. I was embarrassed that I’ve unwittingly kept them waiting for so long and apologized profusely. They seemed strangely cheerful in spite.

They showed me the new company products that they said will be launched tomorrow. I’m quite absent minded but they laughed that I will never have to ask any of them the launch date for these products because it was on my birthday! I was touched by the gesture. Before I could settle down and digest the feeling, a few of them that left the room earlier came in with a cake and a single lighted candle and the whole crowd burst into the birthday song. I good naturally protested that it was unfair to do it a day earlier to catch me by surprise but I was of course naturally pleased that they went through the trouble to surprise me. I was a zombie that day but they light a fire under the zombie to wake him up. That was just the first surprise…