I've had just enough time to...   be thankful for leaves 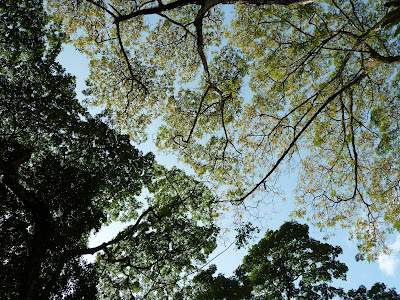 Taken in the garden village of Sungei Buloh, Malaysia

I was in the town of Sungei Buloh (River of Bamboo) shopping for orchids before the Chinese New Year. In those old less enlightened days, this place was used to isolate a leper colony from the general populace. A vocation was needed for these displaced people and in an ironic way, growing flowers and plants was the profession chosen for them. Now it is a thriving town engaged predominantly in the gardening business. The city has expanded and engulfed the area making it a very valuable real estate. Now, those once shunted lepers and their descendants are not only businessmen and women but also millionaires putting a final irony to the Town of The River of Bamboo.

Everyone was looking down because there were flowers in glorious bloom everywhere. On both sides of the small lane, on every multiple racks, in every stall and corners, any space that can be squeezed in, flowers of all varieties and colors and forms smiled back at you. But my attention was up, at that wondrous spread of rain tree branches and the millions of tiny leaves blinking at me. Whenever the wind stirred, a few shook themselves from the branches and floated down in an erratic but graceful dance to join the other fallen leaves on the roof. 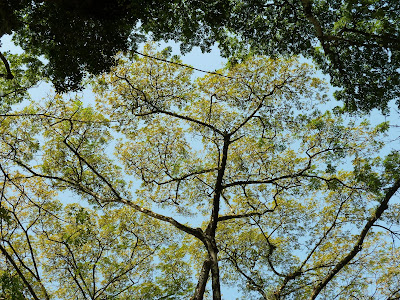 I love flowers but it was the leaves that talked to me that day.  And leaves always reminded me of that sad song  叶子yèzi (Leaf ). I heard that haunting voice as I stood by the road shoulder looking up feeling deliciously sad while boisterous trading were happening all round me. And what made it even more poignant is that I will never hear her singing a new song again. '阿桑' (Ah Sang) had a hard life. She was discovered singing in a pub and “Leaf” made her famous. Just when it appeared that Life is finally giving her the break she deserved, she quietly left the entertainment scene. Not long later, the world was shocked to learn that she has succumbed to breast cancer. She was only 34. 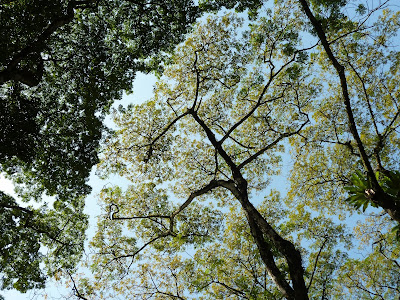