Part 2 – The Man From Syria 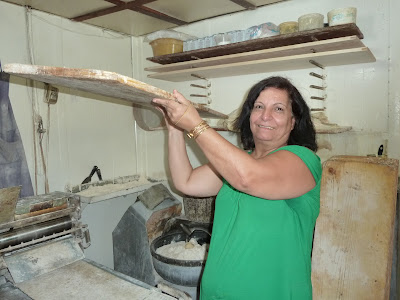 The strong arms of the bakery proprietress that invited me in

In the last post, I mentioned stopping by a bakery on my long walk on my last day in Beirut. The proprietress noticed me lingering outside and warmly waved me in to take pictures in her bakery. We cannot understand a single word the other was saying but signs and smiles can go a long way. 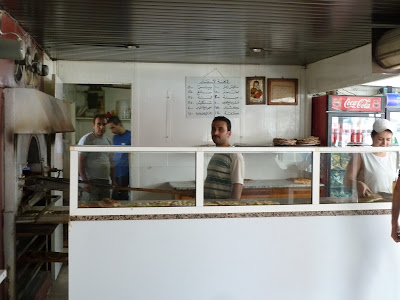 The friendly workers of the bakery staring at me, the stranger :)

The bakery is producing a Lebanese flat bread called Manakeesh. A fermented dough that was divided, rounded and then flattened to a large round shape. A herb mixture (usually thyme and other herbs) called Zaatar are then spread on top with olive oil, and with or without cheese. Minced meat can also be used as toppings. It is an inexpensive and very delicious bread especially piping hot from the oven. 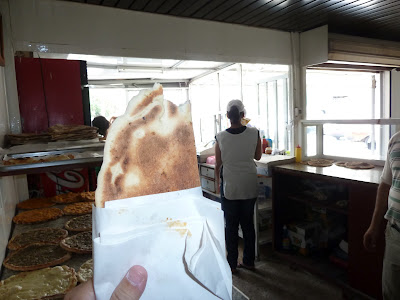 The delicious Manakeesh bread that I took a bite of and those not folded on the table.


I was encouraged to shoot whatever I wanted. Then they offered me a choice of cold Pepsi or thick, concentrated, black Lebanese coffee strong enough to wake up the dead. I took the coffee and understand why it is served in “demitasse” or small cup. I think it felt like I received a direct injection of caffeine. But it went along very nicely with the hot Manakeesh folded in half. The aromatic cheese and thyme added an interesting and flavorful taste profile to the hot bread. 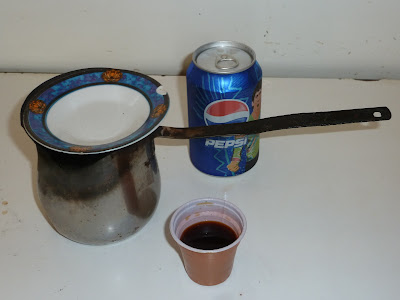 What would you choose? Cold Pepsi or Hot Lebanese Coffee?

I sat inside the small kitchen of the bakery looking at the baker doing his stuff. Whenever he finished a batch, he would come over and sat opposite me and we tried conversing. But it was useless. We tried all the languages under our disposal. I can speak three and I’m quite sure he spoke more than one but none fit so we looked at each other and smiled and tried to communicate with our hearts. Making eye contacts with a stranger of your same sex can be a little awkward but we form a rapport or at least a bond by just sharing the same space and time. I wanted to ask him about the tattoo of the snake on his arm and I really wished I could understand his reply. The only intelligible word I could make out was “Syria” when he pointed to himself.  I gave him an apple from the hotel and a banknote from my country to remember me by. 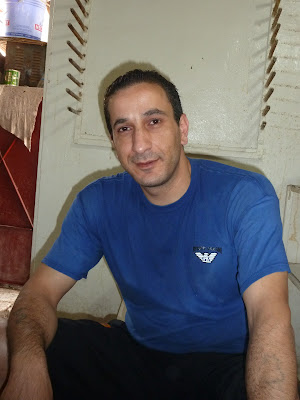 The man from Syria!

The proprietress would not accept any payment from me and I too gave her a Malaysian banknote as a souvenir. I have so many words of thanks that I wanted to express but my words could not convey the meanings to them. So I hoped that my expressions, my smiles and my limbs were able to do what my words could not. It is unlikely I will ever go back to Beirut. It is unlikely I will ever meet them again. But I will never forget their kindness to a stranger and made it a day for him to remember. 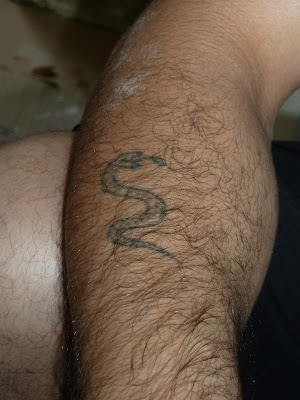 The snake tattoo on his arm. Wish I know its significance to him.