The strategy of Risks & Rewards – Live Near A Volcano


I've had just enough time to...   look at life around an active volcano 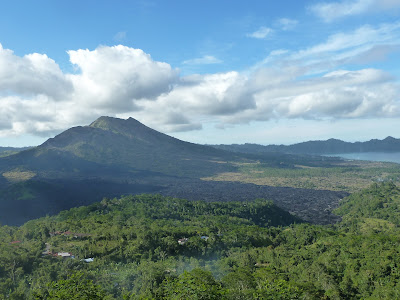 The picture above is of Mount Batur which is an active volcano in north-eastern Bali. Mount Batur is actually inside a caldera (volcanic feature formed by a collapse of land following a volcanic eruption) measuring 7.5 kilometer wide 20,000+ years ago. You can see from the picture that it is still active with the blackened area the path of recent lava flows amid the vibrant green vegetation of the area. There are still many villages living around the rim of the caldera and also in the foothills where they take their chances that a big eruption will not occur during their live time. 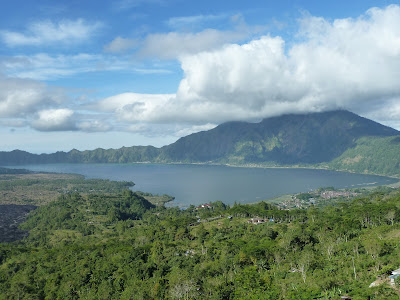 The collapsed caldera was filled by water and formed the serene Lake Batur and there are several fishing villagers at its edge. On the right hand side is Mount Abang that is usually cloud covered. You can go to Kintamani where there are many restaurants built on the rim of the caldera and where you can have a good view of Mount Batur and the lake while having a leisurely lunch.