The Face of An Artist


I've had just enough time to...   see the budding of a star 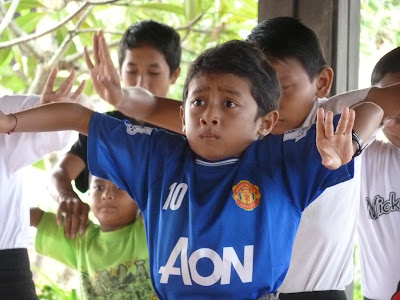 Taken outside the Ubud Palace in Ubud, Bali

On a leisurely stroll one morning passing by the Ubud Palace, I spied a group of young boys practicing their craft. To the tempo of imaginary music that only they themselves heard, they stomped and jerked violently. The sequence was not a graceful flow but a series of sudden violent movements and abrupt stops. The expressions on their faces were deadly serious and exaggerated as they played the characters of their act. 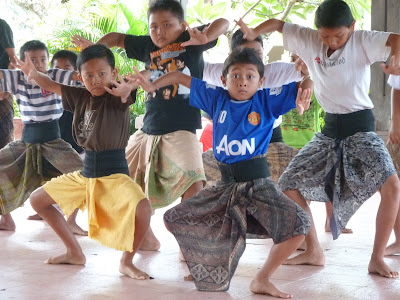 I suspect that it will be many years before these boys ever get the chance to perform before an audience. Meanwhile, they trained every day and showed a dedication stronger than any professional athlete. And what drove them is not fame, adulation or monetary rewards. It is their culture, their beliefs and it is beautiful to watch. 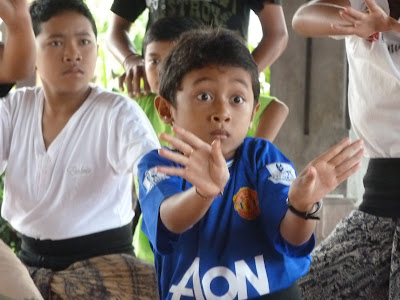 But even among them, one particular boy stood out. You will have picked him up just by looking at the photo. His divine expression, the sharpness of his moves and his total immersion into his character is mesmerizing. His talent is undeniable. He is the future star of the play. I hope one day to be able to return to Bali and watched a performance and recognized him there. 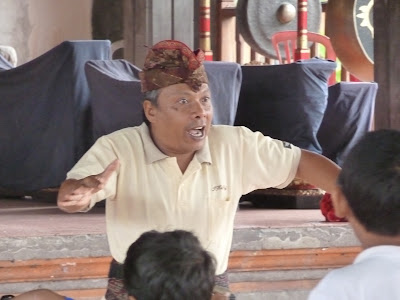