Farewell To My Concubine Part I - The Battle of Gaixia (垓下之战)

I've had just enough time to...   join in the Battle of Gaixia 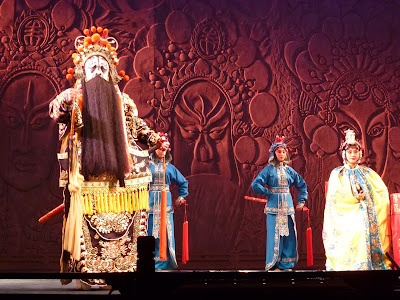 Taken of the Farewell to My Concubine Opera in Beijing

Betrayed by former friend and ally Liu Bang with a fake peace treaty, Xiang Yu was constantly harassed and ambushed on the retreat back to Western Chu. A trap was sprung in the canyon near Gaixia but Xiang Yu was too intelligent to fall for it and ordered his troops to head back to his capital through the main road. But then his beloved concubine Yuji travelling with the convoy was captured in one of the ambush and brought deep into the canyon of Gaixia…

In spite of knowing he will be rushing into a trap, the King of Chu ordered the rest of his tired men back to the capital while with a smaller troop of 100,000 men tried to save his wife. Once in the canyon, Liu Bang’s crafty ally and mastermind of the trap Han Xin wielded his “ambush from ten sides”  (十面埋伏). Though he managed to save his wife, he and his troop were hopelessly trapped by a superior and fresh troop of 300,000 Han soldiers and were gradually decimated. 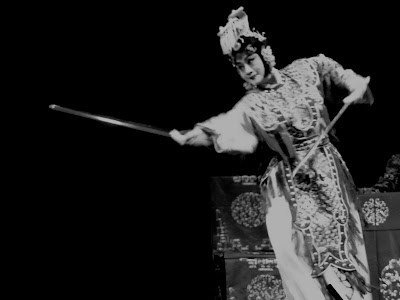 As night fall, the Chu troops were helmed in by enemies from all sides and the situation was desperate. Han Xin ordered his men and the captured Chu soldiers to sing Chu folk songs employing the tactic  "Chu Song from Four Sides" (四面楚歌) to break the spirit of the remaining Chu soldiers causing some to desert the army. Yuji stopped Xiang Yu from taking actions against his own men. Calling for wine, Xiang Yu drank and lamented his situation with a poignant composition known as “The Song of Gaixia”. On the brink of total defeat, they spent their intimate moments together and Lady Yu performed the last sword dance for her king…


Former post: – I Am A Painted Face But Not A Clown!