I've had just enough time... to vote for hope 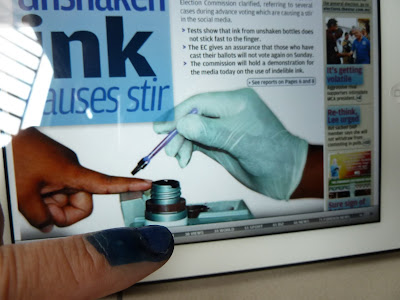 Today, the 5th of May, my countrymen votes. It has been an emotionally charged period that has divided and polarized the nation. If there is any agreement in rhetoric, it is – we should stay “united as one nation, one people”. The government said we are and should persevere this proud heritage. The opposition said we are not and pushed for a change.

But the sad thing for Malaysia is – the people know better. Whether it is the government or opposition, things are not going to change that much.  Discrimination by race is so deeply ingrained that it is not going to disappear overnight. It is only – “Will it be better or worse than the current state?” Whether it is for the citizens who condone it for the benefits they bring, the citizens who oppose it for the pains they suffer or for the majority who live with it because they don’t know what else to do. We are all living a lie. The country is sick because the people are sick. And we are all sick because we made moral and ethical compromise; and we made them because we are not brave enough to stick our necks out and things are not bad enough to compel us to. And, we are afraid that things will turn out worse. 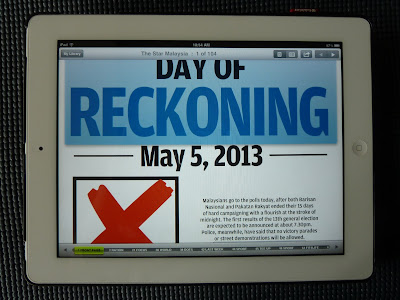 I have my finger painted blue this morning after I cast my vote. I left the polling station with a heavy heart because I voted not with enthusiasm and optimism. I voted for what I think it is the lesser of “two _____”. And I cry for my country because of that.