Why Men Dress Up? 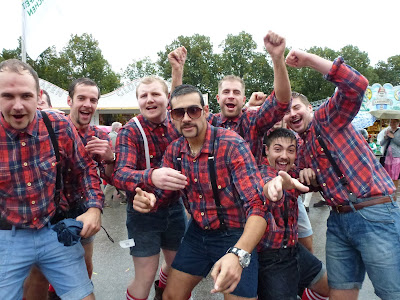 The Men of Octoberfest, Munich wants to be...

“When men dress up…”

The professor paused. He tapped his pipe against the table, and moved it to his lips in one smooth slow motion. He dragged on it with a few sharp sucks till smoke came out his nostrils and his ears. He closed his eyes and give a deep draw, opened them and blew out the smoke in a long slow continuous stream the way John Cage of Ally McBeal poured water from the jug in the courtroom. When he stopped, my entire attention was on his bushy moustache and the words that poured out.

“When men dress up…”

He paused and I hold my breath. My chest was heaving from an agitated heart keenly waiting for the profound revelation. Unhurriedly, in a deliberately studious manner he continued -

“… according to my comprehensive surveys and researches … over many years of studies … through many countries … and many cultures … of many segments of the population … I’ve reached the irrefutable conclusion … the undeniable truth ... of why men dress up!”

The professor shot me a disapproving look. Composed himself and continued, “Men dress up because … because …” 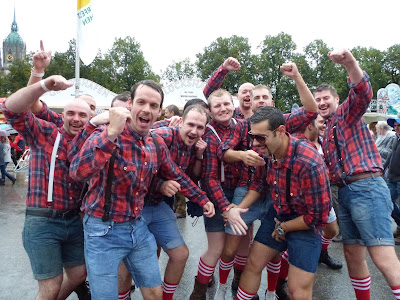