The Secret & Riddles of the Sphinx

I've had just enough time to...  learn the secret of the Sphinx 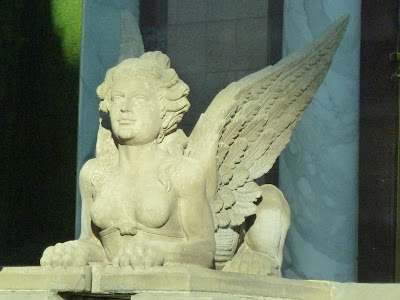 In Las Vegas, I could not decipher the secrets of the Sphinx...

In the land of sand and gold
I was stopped by a Sphinx of old who
Asked riddles to pass or be devoured
“What creature has one voice
And is four-footed, two and three?”
“Oh, Man!” I exclaimed,
What answer can I give to that?
The Sphinx looked up in surprise
The correct answer I had supplied
For man crawls on fours, walks on two
And in old age the cane makes three

The next question was about sisters,
“One gives birth to the other
And, she gives birth to the first.
Who are the sisters two?"
If I were to think “Night and Day”
I thought out loud, I could not say
The Sphinx stood up on all fours
Surveyed me curiously and said
“Only one last riddle remains,
Answer and you will not be slain” 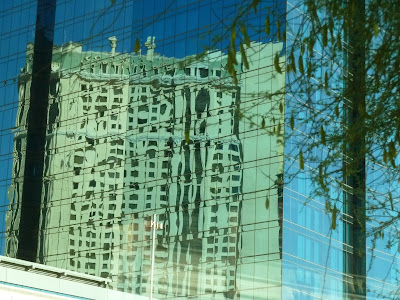 because I cannot tell the real from the illusion.

“Would you love a creature hideous
To save or kill for your own sake?”
That is no riddle but a trick
Either answer will be a mistake
If I were to die, it might as well be for “love!”
And I gave that to the Sphinx straight
With a mighty roar, she sprang
My eyes closed waiting for her fangs
Over my head she flew and dashed hers
Against the rock it smashed
I lived to tell this tale
But I cannot give you an end for


I never discovered the Sphinx’s secret.