The Imminent Destruction of the Creeping Forest.


I've had just enough time to...   shoot the Creeping Forest before its destruction 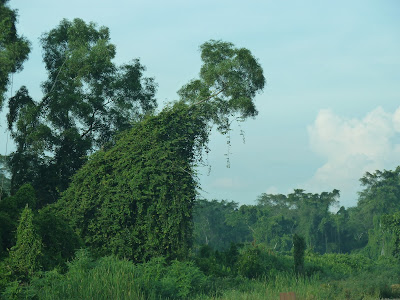 Shots of the Creeping Forest in the "Beautiful Island"

That day was a Sunday. It was also the first day of the 2013 Chinese New Year and the start of the Year of the Water Snake. I woke up early and drove towards the factory where I worked on the island named “Beautiful Island”. I do not what they call it before they call it “Beautiful Island” for there is nothing very beautiful about it unless you love mud flats and mangrove swamps. But every day as I drove to and from work, I will look out to a stretch of land which I called the Creeping Forest. 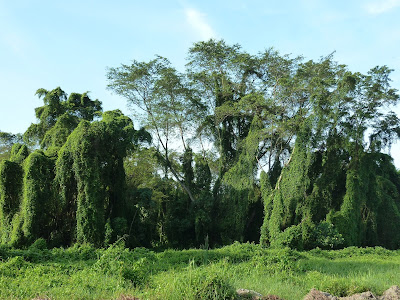 It is one of the last few patches of wild land left on the island that is undergoing rapid expansion and I know its days are numbered when they began to widen the road near it. It may only be weeks or months before part or all of this stretch will be bulldozed over and I will only be left with the memories that amused me every day to work. I will not make the same mistake as when I procrastinated too long before taking shots of another idyllic part of the island. Now, it is just an ugly vacant lot for sales that has been left idle for the last two years. 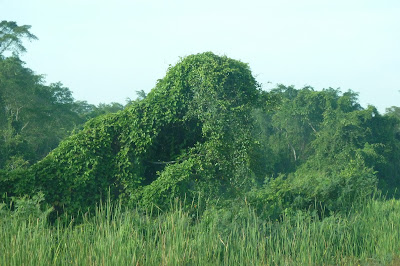 To see the fantastical creatures

The traffic was very light on this very busy highway exactly as I planned. I will feel self-conscious if I were to stop my car on a normal day to take photos as many people who travel this road may recognize me. But on this day, if they are not celebrating the new year, they will be enjoying the holidays which last until Wednesday and all factories will be shut down during this period. There is no one to ask me questions that I do not want to answer. 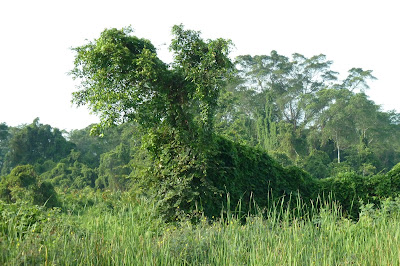 That dwell in this forest (I saw a Keelin here every time except today, sigh...)

About a few minutes before reaching the factory, I pulled over to the laterite shoulder of the highway, alighted from my car and took my shot. Unfortunately, the light this morning was too bright and not slanted enough for the shadows to bring out the best of the fantastical creatures. For the real beauty of the Creeping Forest is what you extract from it through your imaginations. And the weather (cloudy or bright), intensity of light, time of the day (especially in early morning or late evening), windy conditions all play a part but none as important as the imagination of the viewer. What each of us sees may be quite different from the other and on a special day of moving clouds, the transformation happened right before our very eyes. 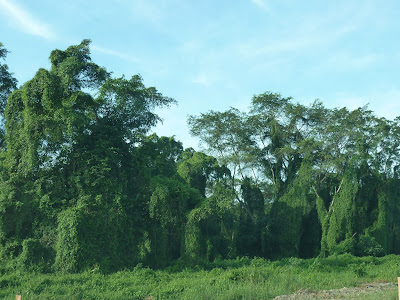 Visible only to those with the "sights".

As I inched forward in my car to take shots from slightly different angles, a strange bird with a black band across its eyes like a robber flew to settle on a branch in the open not more than 10 yards away from me. I shot quickly afraid that it will fly away immediately but I should not have worried. It perched there comfortably and watched me for the whole duration. That is kind of a strange behavior for a bird so I chalked it as one getting unusual rewards for doing unusual things. 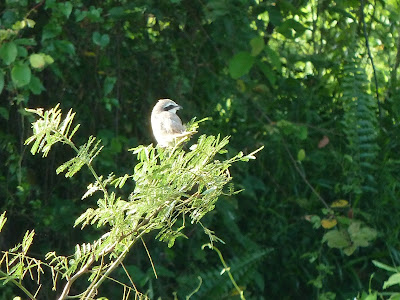 The creeping forest may just be wild trees with overgrown creepers to some but to me, it was something more, something much more. I know I am going to miss it when it is gone. So I made this post to remember it by. As I drove back to the house to begin the celebration of the New Year, I can’t help but wonder – am I the only driver who notices it and who feels this way? 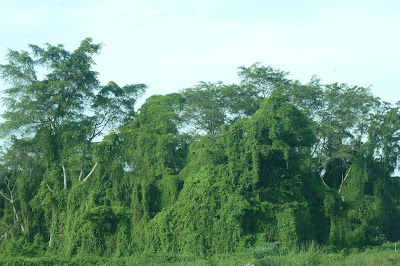