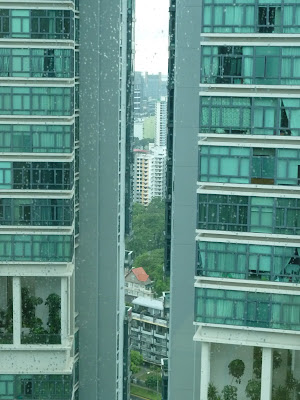 Shot on the last day in Singapore...

The last few days I was in Singapore with my team to do development work on a new project with some really nice people. Every morning when I went down from the 24th floor and coming out of the lift when I returned at night; I will look out the window sandwiched between the two rows of lifts. Always looking for something worthy to shoot and each time wondering whether I have a story for the little child’s bicycle with the pink frame outside the balcony. But I did not shoot that. On the last morning as I was about to rush down to check out, I again looked out the window. It was a dark and rainy morning, kind of gloomy. It was then, for the first time I noticed the world in-between the two apartment blocks… 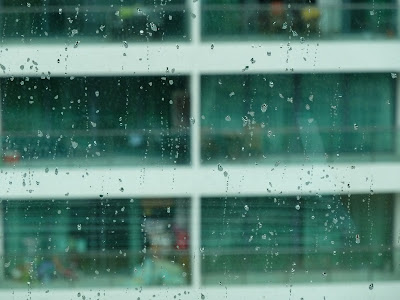 ...on a rainy and gloomy morning,

I’m in-between.
In-between jobs
The last one’s no good
The new one’s not promising
But I’m in-between
So I guess that’s okay

I’m in-between Lives
Up to now, it is kinda disappointing
So I need some re-inventing
For my Life is in-between

In-between
All those in-betweens… 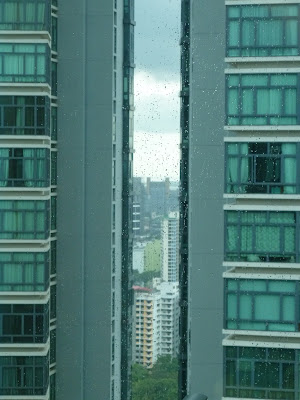 I saw for the first time, the world in-between.. in-betweens