The Crossroad: A Fight In The Dark – Part II


I've had just enough time...   to avoid a fight in the dark 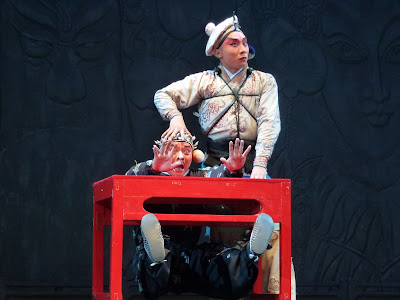 Someone's got my head!

During the Northern Song Dynasty, General Jiao Zan was exiled to Shamen, a desert island for killing the son-in-law of a corrupt official. Yang Yanzhao of the famous Yang family that defended the borders of China against the Liao Dynasty, ordered Warrior Ren to secretly follow and protect the general as he feared the disgraced general is targeted for assassination on the journey. Warrior Ren is a “Wu Sheng” (male character with martial skills that protects a “Painted Face” main character). 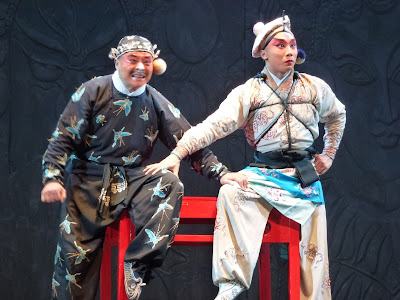 Is that my knee? 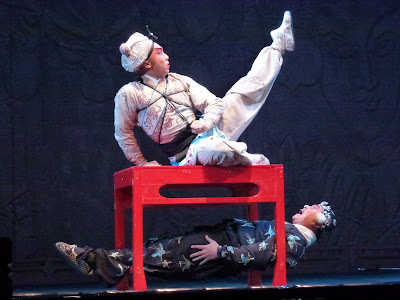 Now where is that sneaky fellow?


There is no singing, dialogues or recitation for this portion of the play but it is easily understood and highly appreciated by the audience as it is comical and full of martial actions allowing the two characters to exhibit their martial artistry. The “Wu Chou” (martial clown) role is to me the more demanding role as in addition to the al the demands of performance, he has to make the audience laugh. The whole play is a re-acting of a fight in the dark though the stage is lighted. The only props are a chair and a table which is creatively used in the fight sequence. This is a good representation of a combat performance and the role of a “Wu Sheng” (warrior) and “Wu Chou” (martial clown).