Beauty From Destruction in Myanmar – Part I. (The Tragedy of Cyclone Nargis) 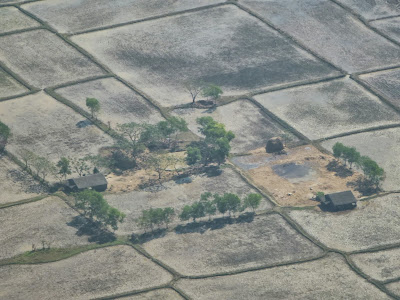 A typical farmhouse in the Irrawaddy Delta, Myanmar

In the last week of April, 2008, a low pressure system built up in the Bay of Bengal. On April 27, the Indian Meteorological Department declared that it has strengthened to a tropical depression. The depression moved north-northwest and was upgraded to the cyclone, Nargis on April 28. Equivalent to a category 1 hurricane, it picked up speed and intensity to wind of 100 mph making it to a category 2 equivalent on April 29. Cyclone Nargis made landfall on May 2, near the town of Wagon, Myanmar and moved inland but along the coast of the rich and densely populated Irrawaddy Delta. It had by then attained a peak wind of 135 mph (equivalent to a category 4) destroying everything in its path. 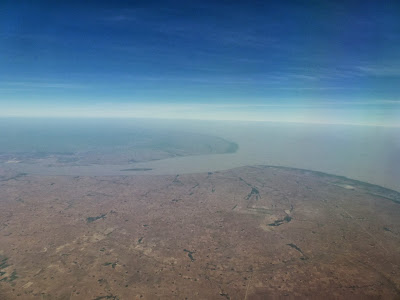 Trees, houses, people, everything living or non-living in its path were swept away. If not by the ferocious wind, then by the storm surge of above 7 meters (21 feet) sweeping up to 50 Kilometer (30 miles) up the delta. There was catastrophic devastation and it has been estimated that 138,000 lost their lives and 2.4 million people were severely affected. Some entire population of villagers was killed and wiped off the surface of the earth. Population and villagers just disappeared, never to be recovered. This was the worst natural disaster of Myanmar and caused untold sufferings long after the storm subsided. 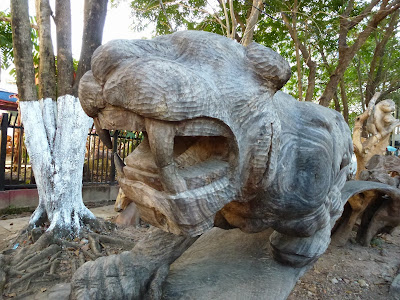 Long after the storm subsided, there were trees were all over the land. The awesome power of Nargis uprooted 75 per cent of the trees in Yangon. It was estimated that more than 10,000 old-aged trees were downed of which 6,000 of them were up-righted and saved. Some of these trees were between 30 to 100 years old. Those trees that could not be saved were turned by sculptors into works of arts. More than 50,000 sculptures have been created, exhibitions were held and even a ‘sculpture village’ was created for the sculptors to work and to house these sculptures. Join me for Part II where I will showcase more examples of the fine sculptures. 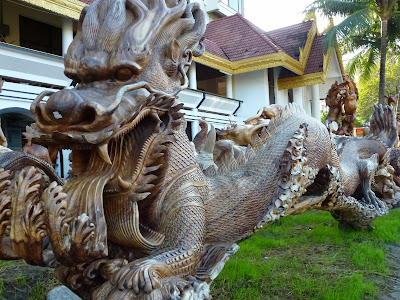 A Naga (dragon) carved out from one of the fallen trees.

Below is a video of the destruction of the Cyclone Nargis. Please be warned that some of the images of this photo video are very graphic and may be disturbing.