All Because of A Nail, My Dear Watson

I've had just enough time to...   ponder on what a nail can do 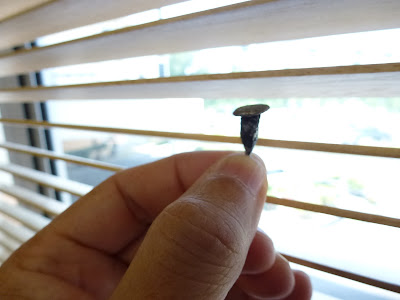 Taken of the little nail that caused a lot of havoc


A nail, a tyre, a delay,
A business lost
It is all in the details, my dear Watson
For want of a nail a battle was lost

I’ve a problem, Master Sherlock
It is you who said - Don’t sweat the small stuff
Did I?
You did!

But how does one know
When to paint in big strokes
And when to notice of
The missing of a hair?

The tea is brewing, dear Watson
A cup of tea in the afternoon
That is a big picture
And to brew the perfect cup –
Practice, practice, till perfect, my dear Watson

For Want of a Nail