The Secret of the Indian Thorn Apple (in The Patan Golden Temple).

I've had just enough time to...   learn about the Indian Thorn Apple 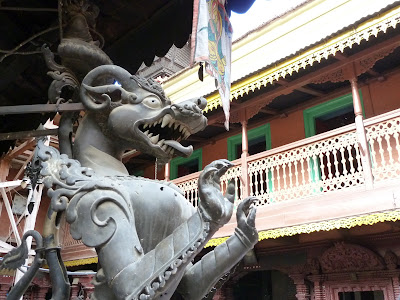 Taken inside the Golden Temple of Patan...

Thank you all for your interest in the thorny fruits carried by the monkeys in the images that was shot in the monastery in Nepal. Thanks to Kismet who supplied the lead and some of your suggestions, we have together solved its mystery. The thorny fruit is the fruit of the Indian Thorn Apple or “Datura Metel” (see earlier posts). But first, something about the temple itself.

The temple is situated just two hundred meters north of the famous Patan Durbar Square and was built in the 12th Century AD. Its original location was in Bahalkot and according to legends, the Buddhist monastery was built because of a dream by the disgraced Queen Pingala of Patan as the way to win back her husband’s affection. And it worked. 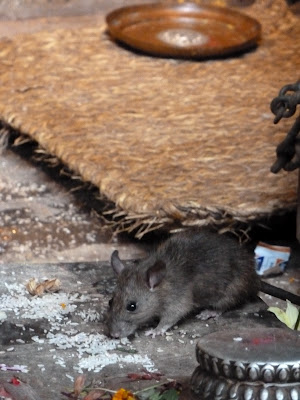 King Vaskar Deva Dutta had a dream that the idol of Buddha that was moved from Bahalkot disapproved of the new location and the temple should be built in a place shown by a mouse chasing a cat. One day, he did see a golden mouse chasing a cat and ordered it to be constructed there and named it “Hiranya Varna Mahavihar” or the Golden Buddhist Monastery. I guess that is why the rats are sacred in that temple.

According to Sanskrit literature, the Indian Thorn Apple is said to be grown from the chest of the Hindu god Shiva, the god of inebriants. In Nepal, the plant is considered sacred to Shiva and thorn apple flowers and fruits are the most important offering gifts and are offered at every “puja” or offering ceremony to please the god. The Indian Thorn Apple flowers are often depicted in Hindu Tantric Arts often in connection of the incarnation of Shiva. The plant is poisonous but is used for medicinal, ritual or intoxicating purposes and is also abused for criminal purposes. If by now, you are confused about Hindu god and Buddhist temple, it is because in Nepal and large part of India as well; Hinduism and Buddhism coexist for centuries and much of the culture and beliefs have spilled over from one to the other.

The Indian Thorn Apple is not as exotic as you may believe. It belongs to the same family as that of the Angel’s Trumpets. 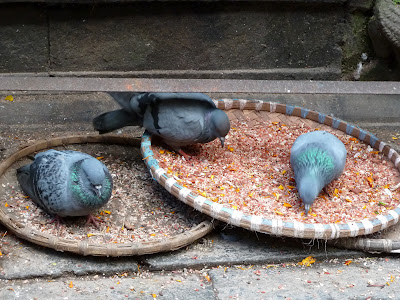