I've has just enough time to...   be cautious of a monkey. 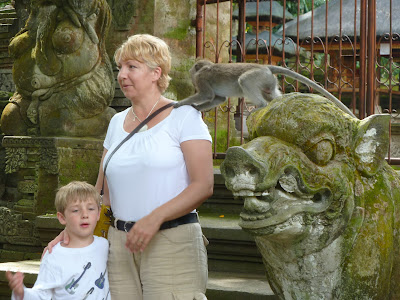 Taken in the Monkey Forest in Ubud, Bali where monkeys dictates.


In the Monkey Forest in Ubud, Bali; monkeys are everywhere. And even where you do not see them, sneaking up on you. They fear no man nor beast for after all, they are the descendant of God. But godly creatures they are not. They have been away from their god Hanuman for too long and been near to man for longer still. They lost their noble ways and gain the wiles of human and that is not pretty. They traded their innocence for the intelligence of man not knowing that the soul was part of the bargain. So the monkeys there are there now are more man than beast and that is sad. So sad.

For now, they don’t warn you when you’re down in beautiful Bali “Never trust a man.” They warn you “Never trust a monkey.” And it is all man’s fault. For it was not a monkey’s nature to covet and steal till they saw it in the intelligence of man stealing from their neighbours. 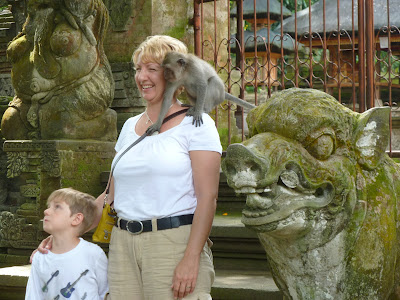 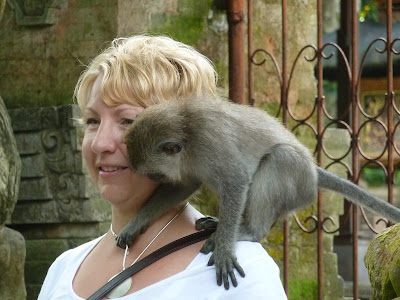