I've had just enough time to...   give the little devil a whack with my not so mighty staff. 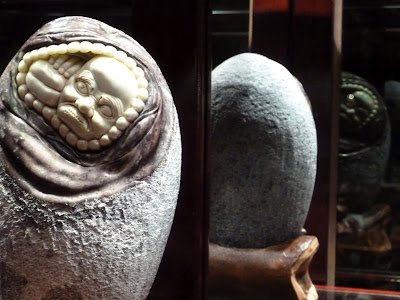 Taken at night in place where there was no one about.


There was a pious monk proud of his reputation. And he felt he needed to protect and enhanced it. All the better to serve his God, you see. If the people believe in him, they will believe in the God he served. The praises he heard got into his head and he sucked them in like a smoker sucking smoke through his smoking pipe. The smoke that he blew out intoxicated him and clouded his view.

The more religious relics he has, the more religious he believed he will appear to be and he set on the task of accumulating them. They should not be in the hands of the less devoted, he argued but in those of the more deserving hands like his. He plotted and schemed to make them all his lest they be tainted by hands unclean. 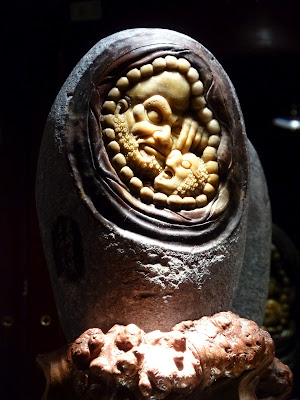 And should anyone stood in his way, he just arranged for them to be conveniently removed as if ridding the world of evil. For anyone standing in his quest for spiritual perfection is evil, aren’t they? Why should he feel remorse for the uncouth that could not understand the purity of his quest?

“Do you think it is easy to have someone “removed”? How many prayers I had to make to regain my lost sense of peace? Who understands such agony in my breast and these sacrifices that I make?”

Then something strange happened. The more treasures he accumulated, the tighter he held on to them, the more he seemed to shrink in stature. Till one morning, the disciples went to the master’s bedroom and saw only a tiny ghoul with sharp teeth. The frightened disciples engaged a traveling monk who got rid of the little devil with one whack of his mighty staff and that is the end of him.