A Tale of Two Baguettes – Part II: I Found Paris in Saigon.

I've had just enough time to...   meet her again in Saigon. 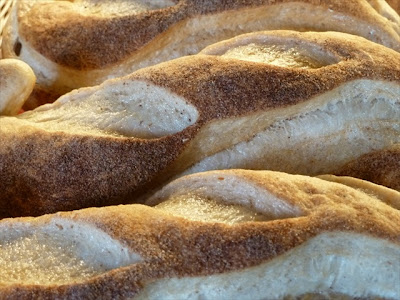 Taken in a bakery where I spent a lot of time


Years later, I found Paris in Saigon, the land of conical hats and floating “Ao Dai” (Vietnamese national costume). I could not believe how far she has fallen. She has put on weight and appeared shorter if that is possible. She plied her trade by the road side. My heart bled. What has Life done to my love to lay her so low?

She was almost weightless in my hand. But when I put her to my lips, a rush of nostalgic feelings overwhelmed me. The familiar taste I thought long lost brought me close to tears. It is the same yet different. The aroma is just as rich. No, more so; almost to the point of over-powering for there is the strong lingering scent of melancholy years mixed with regret. I embraced her tightly and caught this shout before it escaped my throat “this heart still beats!” 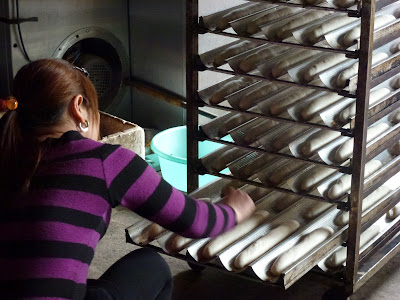 Taken in a bakery in Hanoi

In South Vietnam she now flourished. She still retained most of Paris in her but has adopted local Asian flare. The climate agreed with her and she bloomed. I left her in good health and a sad farewell. And I went to Hanoi where I met her sister. 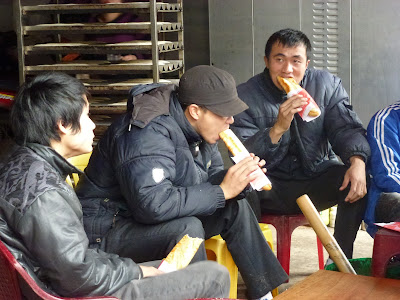 At first I did not recognized her for she was in the company of several young men in leather jackets. They seemed to enjoy her company but I thought she was nothing like her sister or Paris. On first look there are some similarities but that is where it ends. She has none of her finesse or even smells the same. They even put sugar on her to sweeten her up like some cheap perfume.

What is sadder still is the poverty of the land she chose to stay. A runaway inflation has made her too expensive to be enjoyed. So she is found in the company of those few who can afford her and they treated her with disrespect. I would like to help but she does not want it out of pride or something else.  It was shaping to be a tragic tale but it is not the end…