A Tale of Two Baguettes – Part III: Down On Her Luck, True To Her Self.

I've had just enough time to...  lament the passing of lost arts. 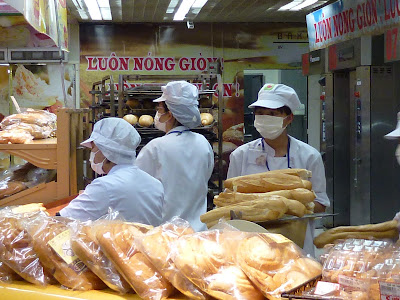 Taken in a in-store bakery in a hypermarket in Hanoi.


I was to learn why Paris’s sister chose to live in poverty in the outskirts rather than in the city. In her own way, she chose to be true to herself. She was down on her luck but tolerated no pity. “Judge me if you will but I’m no prostitute” she challenged me with her incisive eyes. I squirmed under her strong gaze. It was not what I meant but I did sound condescending.

We made up and parted on good terms. As I was leaving, she gave me a peck on the cheek and said “be careful of the city girls”. Before I could turn around, she has disappeared into the building. She is not one for long goodbyes.

In Hanoi, I was shocked by what I saw. The baguettes I have come to love so much reduced to mass produced buyers’ trap. The hypermarket called them “lost leader” using them as a hook to draw in the shopper. Paris’s sister may have lost much of the fine qualities of Paris but at least she retained her soul. Now, I understand what she meant by the word she spat out the word with such vehemence. 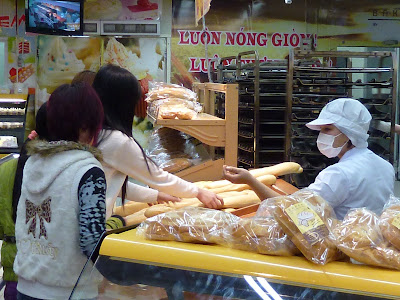 I took one bite and choked on it. This is just white bread disguised as a baguette. They are tasteless and soulless but people are queuing up to buy literally by the dozens attracted by the price. Would you believe a long baguette going for only USD 20 cents? After the shock, sadness set in as I looked at the happy shoppers. Have the world been degraded to such an extent that the only Art people recognized these days are the sign on the buck? The only music the jingles of the cash register?

Then I recall the journey of Paris to Saigon and Hanoi and know there is hope yet. That among us, there are still those who can see the romance in life and who can discern the taste of passion. I left Vietnam remembering Paris and her fine bread that taste like love.